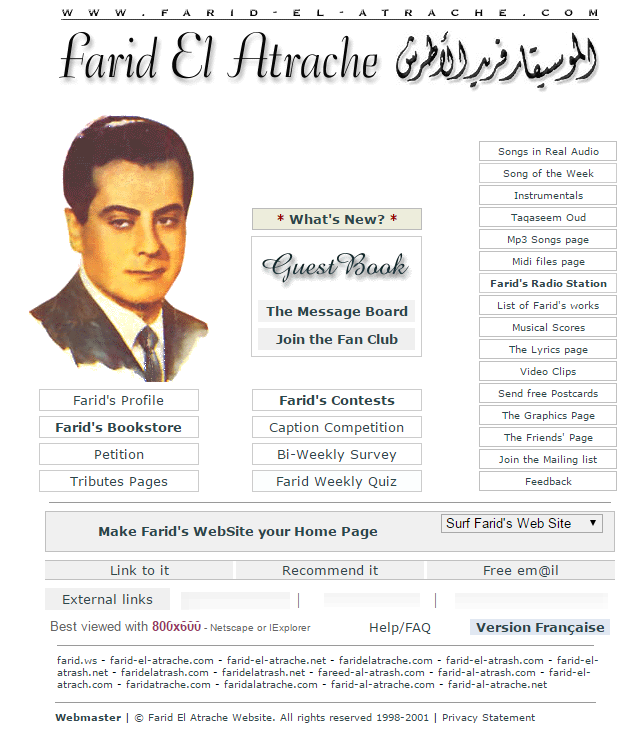 9 thoughts on “Farid El Atrache Website is going back online!”